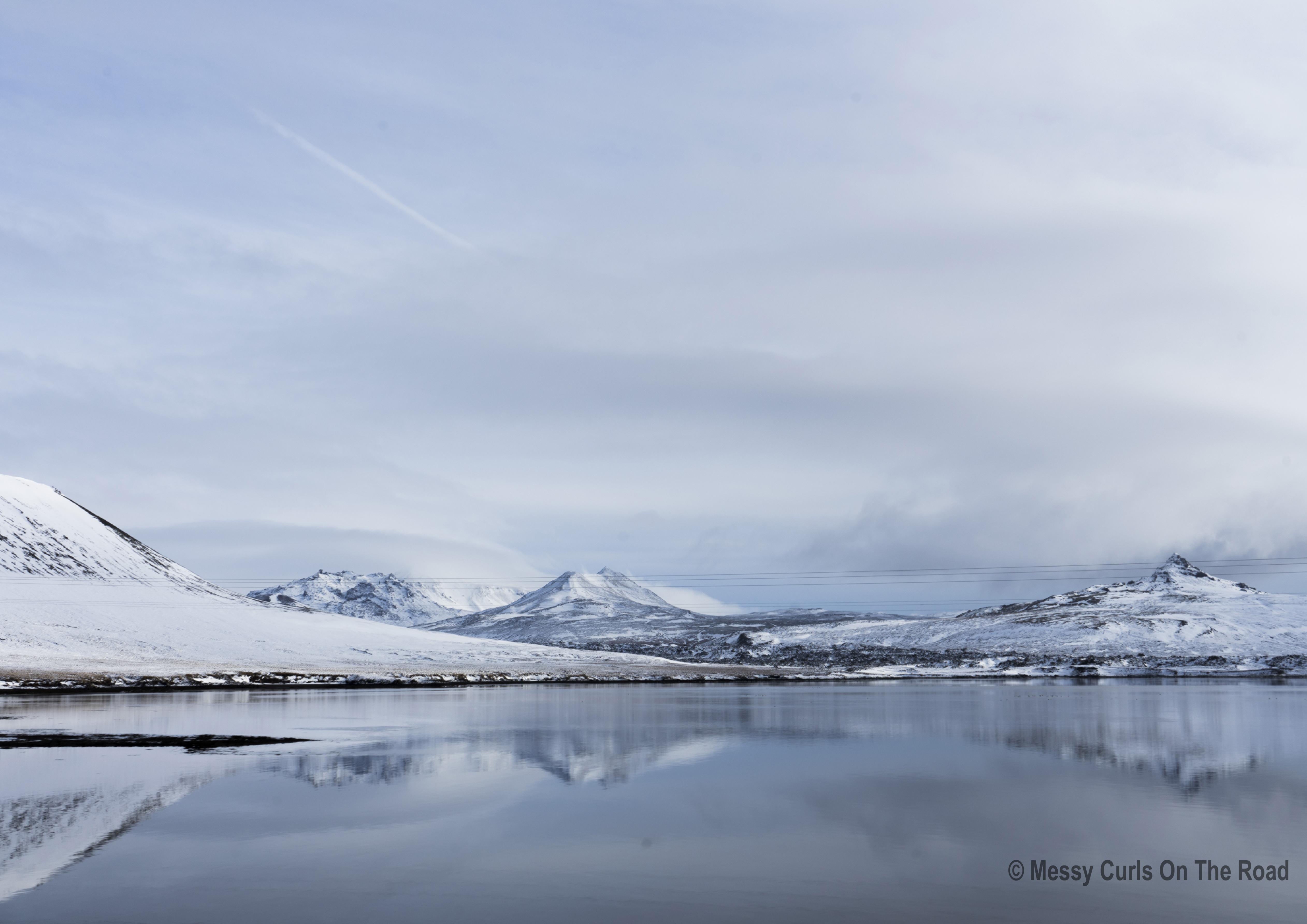 This is going to be a practical guide on how to plan your daily route along the Ring Road to explore Iceland!

I will start to say that we went for this trip at the end of February/beginning of March and I can definitely recommend this period because the hours of light are long enough to visit most of the main attractions this country has to offer but at the same time the night is still dark enough for the northern lights to be visible.

To make it quick and easy to go through planning a trip in such an amazing place I will divide everything you need to know by topic and post each of them in a different post; here are the links to the others:

Here is the programme we followed to drive along the whole Ring Road (the street that goes all around Iceland), all the bold names can be clicked to go directly to their position on Google Maps and you will find the complete route on a Google Maps preview at the bottom of the article 🙂

I know about people that drove the same distances in a week, but we decided to keep at least a couple of spare days in case of any bad storm or inconvenience that could prevent us from driving and also to have the opportunity to see everything we were interested in.

Our journey started from Bitra Guesthouse, a bed and breakfast just outside Selfoss where we stopped after arriving late in the evening. From there it is quite easy to start the Ring Road trip leaving the Golden Circle for the end of the journey, like we did, heading straight to Vik and stopping along the road at:

–Seljalandsfoss, a huge waterfall famous for the passage that allows you to walk behind the falling water (you will probably get wet so bring waterproof clothing and protections for your camera/phone);

–Gljufrabui, another waterfall you can find in the same area, just walking a bit further than the main waterfall, it is hidden in the mountain and you can see all its beauty only by crossing a small canal, so you will need good trekking shoes or waterproof boots;

–Seljavallalaug, an artificial hot pool lost along the mountains. You can find it walking from the parking, it is not the warmer pool you can find in Iceland, but if you stay next to the spots where the water comes out from the mountain you won’t be disappointed;

–Skógafoss, a waterfall that often offers a spectacular view with a rainbow that surrounds it and that can be observed from the top thanks to a stair and some platforms that has been built next to it.

When in Vik we finally saw Reynisfjara Black Beach, with amazing waves of a strength that bewitched us, and from our hostel (The Barn) we also had the opportunity to see the northern lights.

From Vik we drove straight to Vatnajökull National Park, where we had an amazing walk completely immersed in the wild before getting to Svartifoss, a waterfall from a unique appearance!

After that we stopped at both Fjallsárlón and Jökulsárlón, two glaciers that offer a wonderful experience and that are different from anything I ever saw, in the second case we also saw many seals and crossing the road you can get to the Diamond Beach, where pieces of ice reach the coast.

For the night we decided to stop at Lyngas Guesthouse, in Egilsstaðir, it has been quite a long drive but it allowed us to get closer to the next day’s first stop.

From Egilsstaðir we drove to the Mývatn area, where we stopped at:

–Hverir, a geothermal spot with mud pools and fumaroles;

–Grjótagjá Cave, an amazing lava cave just under the ground with a geothermal spring that in the past was used for bathing;

–MyvatnNature Baths, a hot bath really similar to the famous Blue Lagoon, near Reykjavik, but much cheaper.

After this stop we headed to Gaðafoss, a 12 metres high waterfall with several platforms and viewpoints to admire its beauty, and then we stopped at the Dalvik HI Hostel.

We took it really easy at this point, we were already in the North and took the occasion to do our only paid excursion with the Arctic Sea Tours, to see the humpback whales. We met at the association’s office at 9am, where we were given some uniforms for the cold and after that we walked all together to the boat. It has been a long excursion, it coasted us £65 and lasted 3 hours but unfortunately we only saw one whale and not really close, so the real highlight of the tour has been the fishing and the barbeque when we got back.

After lunch we took our time to get to Hvammstangi Cottages, where we were going to sleep, but found the time to drive (on a really bumpy street) and stop at Hvitserkur, that unfortunately we could only see from the parking lot, because the small pathway that was leading to the beach was completely frozen and it would have been hard to climb back up.

As soon as we left our cottage we started driving to the Shark Museum, in the Snæfellsnes Peninsula. It has been interesting to hear the owner speaking about his father’s job hunting sharks but honestly we were expecting something more than a room filled with stuffed animals.

After that we moved to Kirkjufell, the “Church Mountain” and Kirkjufellsfoss, the waterfall next to it.

For the night we drove to the southern part of the peninsula and stopped at the Guesthouse Hof, but just before the sunset we decided to look for Landbrotalaug, a tiny hot pot that can fit maximum 3 people.

For the sixth day we took our time to finish exploring the peninsula and headed to the Saxholl Crater, a volcano that with its past eruptions shaped the landscape all around it and that can be climbed through the stair built around it all the way to its top.

After admiring the amazing landscape we moved on to Londrangar, two basaltic natural towers that rise on the ocean and that can be seen both from a viewpoint and by walking right at their bottom through several walking paths and then headed to Arnarstapi, where several paths allow you to see the coast and its amazing natural rock arches .

Then, in the evening we started heading towards Reykjavik and stopped at Laekjarnot Rooms and Cottages to sleep.

Being already in Borgarnes we took our time to see Hildartúnshúsin, three old Icelandic houses hidden in the city. After that we finally headed to Reykjavik to see the city and to start our visit to the Golden Circle.

We lost ourselves in the streets, visiting Hallgrimskirkja, the iconic church in the town centre, and the Sun Voyager, but also doing some shopping in the many souvenir shops you can find.

Then, we started exploring Þingvellir National Park through its numerous walking paths, we saw the Silfra and the spot where scuba divers start their immersion between the North American and Eurasian plates but also the magnificient Öxarárfoss, not one of the highest waterfall we saw but definitely amazing to see and much closer than the others.

For the last three nights we decided to base ourselves in Selfoss again, in order to be close enough to the Golden Circle but not in Reykjavik, because after such a wild trip it has been quite traumatic for us to go back in a city, so we opted for Selfoss HI Hostel but again, before going to bed we tried to find our way to Hrunalaug, another hidden hot spring that unfortunately we didn’t manage to find because of a snow storm.

Our Golden Circle visit went on with Geysir and Gullfoss, definitely one of the most stunning waterfall we saw during our trip but also the more busy with tourist and with an incredible frozen wind that didn’t allow us to stay on the observing spot for more than 5 minutes.

Then, after visiting the Kerið Crater, a lake you can admire both from the top and from the bottom of a volcanic crater, we headed to Reykjadalur, an amazing hot river you can reach after 4 km walking from the car park, an experience that makes the walk definitely worth for both the view and the unique sensation of bathing in a river surrounded by frozen ground.

After so many days driving and not really eating local food, we decided to stay in Selfoss and dedicate our ninth day to eating and walking around. We had lunch at Kaffi Krús and eat a delicious fish soup and the catch of the day, that in our case was the best salmon I have ever had in my life.

After some wondering around we also went in an ice cream shop recommended by the guy from the hostel: Huppu Ísbúð, really different from what we are used to eat but we didn’t really enjoy it, still something you could take a look at if you would like to have a break.

Then, for our final day, before heading to the airport, we stopped again in Reykjavik, where we had lunch at Sægreifinn, an amazing rustic fish restaurant where we got to try a probably more authentic lobster soup than the one we had the previous day, together with different fish skewers that they cook in the moment you order.

The last thing we saw has been Þúfa, an installation lost behind an industrial parking that you can climb to the top to find a small wooden cage with fishes hanged up  to dry.

Eating and Sleeping in Iceland